The Student Internship Graduate Award (SIGA) series, an ongoing blog with the participants of the SIGA who detail their experiences on the year – long programme where young makers train with master craftspeople. In this part, Hazel Thorn shares the technical skills she has been learning during her placements with Adrian Hope and Rauni Higson.

The first of my placements were with Adrian Hope, where we focussed on making lidded boxes. My designs for these are loosely based on objects you might find on a forest floor, such as stones and branches. Eventually I would like to create a large centrepiece composed from several such items placed together, some of which are boxes. We covered techniques for making lids which are either discreetly hidden, or having the join as a bold feature of the piece resembling the strata of a rock. Never before had I heard of so many different types of lids, hinges, bezels and bearers - we covered a great variety of approaches, which I can now apply to a huge range of future projects.

The majority of my SIGA weeks so far are being spent with Rauni Higson, where we have been working through several types of hammer-forming techniques. The first project was hot-forging a large spoon, which was immense fun. I have done some forging before but there was a lot more to learn - for example radial forging, whereby you can achieve most of the shape for the bowl of the spoon through diagonal hammer blows, instead of just forging it out as a rectangle and then cutting off large corners. We worked through all aspects of the process in detail, discussing things from both a technical and aesthetic point of view. We then progressed to fold-forming - which is satisfyingly related to forging, as both are similarly concerned with compressing the metal in some areas in order to achieve the intended form. I enjoyed experimenting with fold-forming by making many samples. 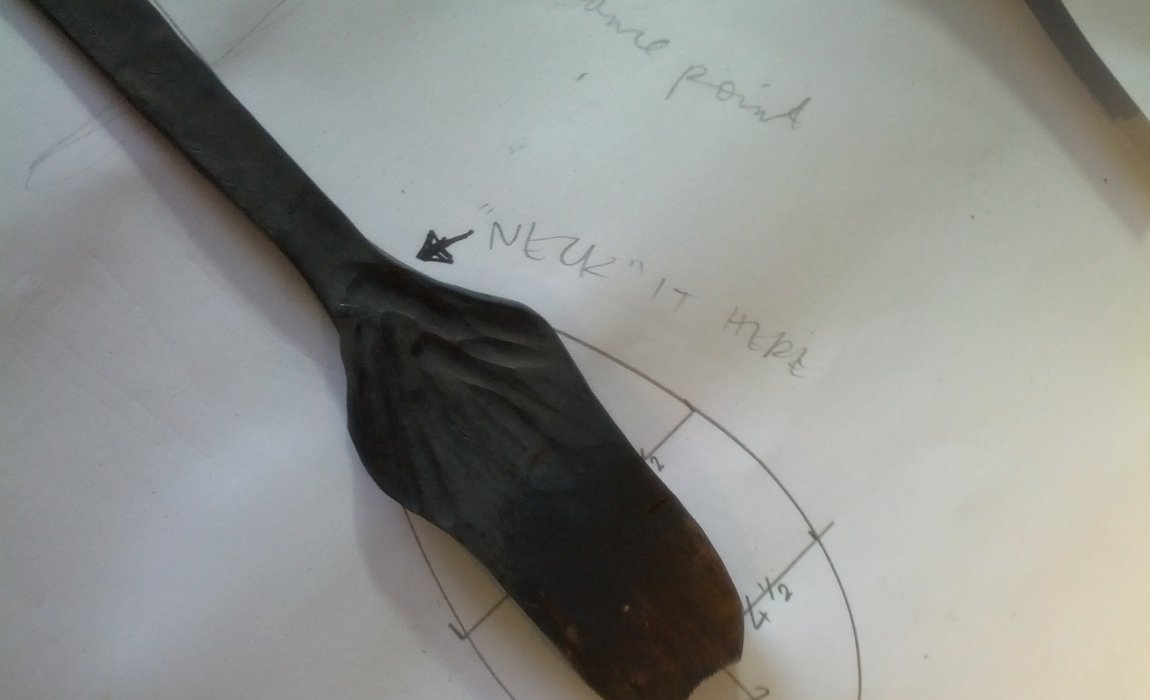 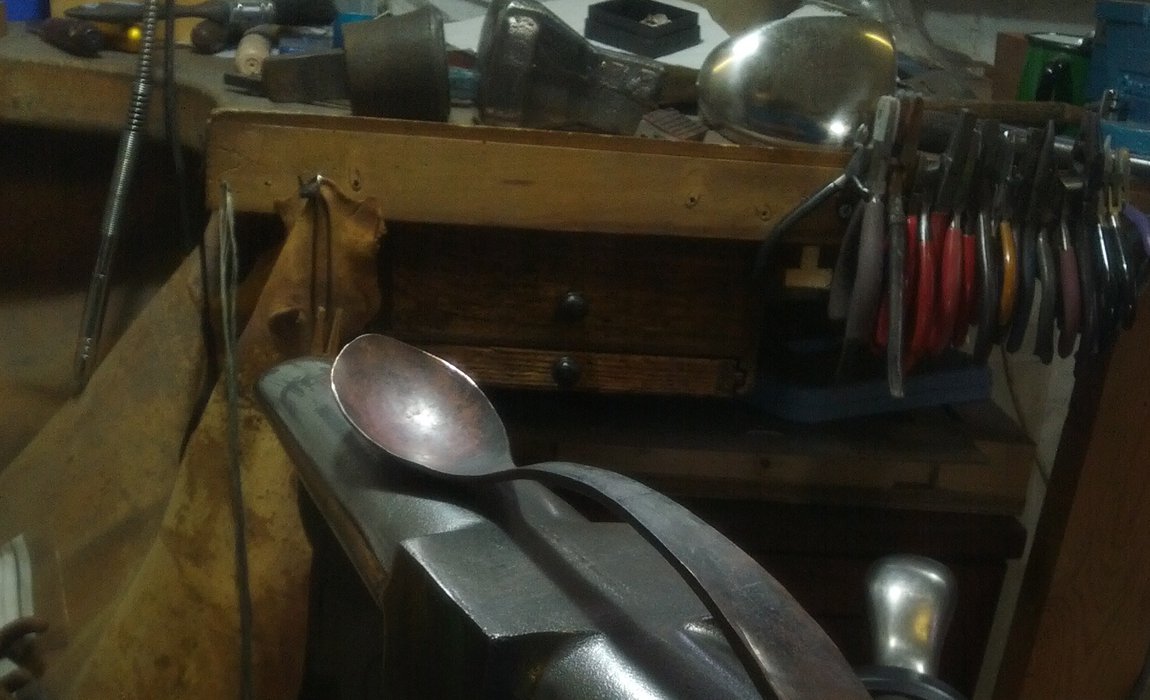 We then started work on some advanced raising techniques, including anticlastic raising. This refers to a form in which the ‘x’ axis and the ‘y’ axis are curved away from each other in opposite directions. This is a challenging form to make, but very useful to be able to do - either for its appearance, or for practical considerations in e.g. the forming of some vessels or napkin rings. The other raising technique we have been working on is crimp raising. For this, ripples are created around a disc of metal, which can then be compressed in a different manner in order to create a three-dimensional form efficiently. It is also a particularly useful process when raising oval shapes. 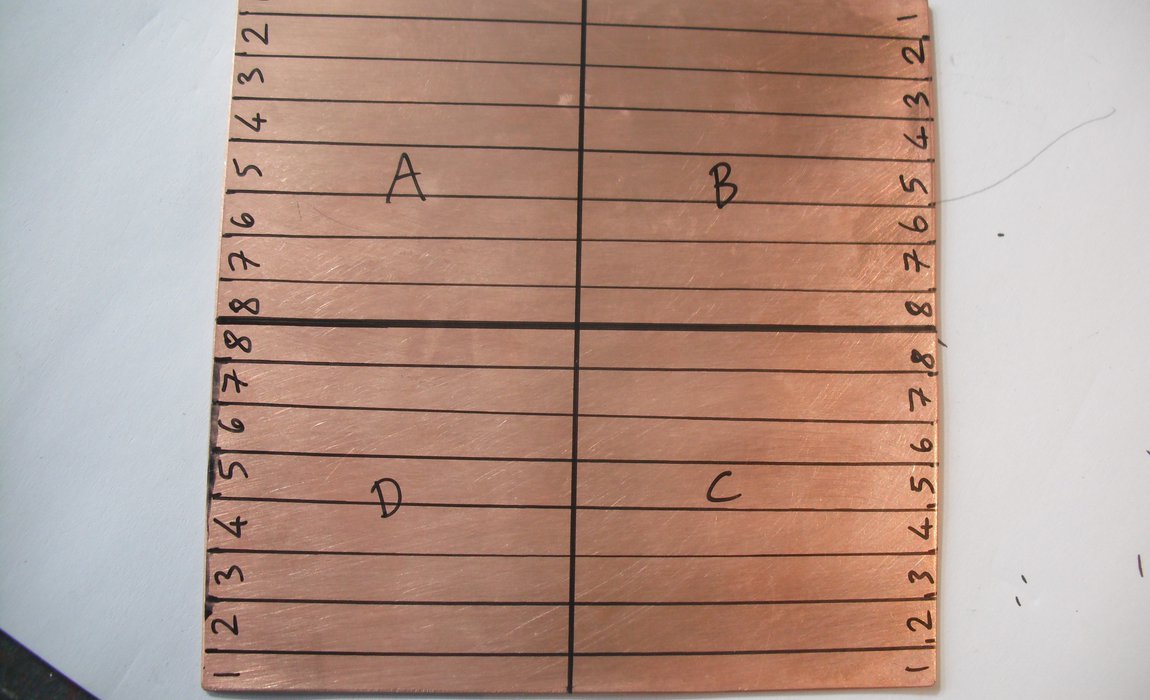 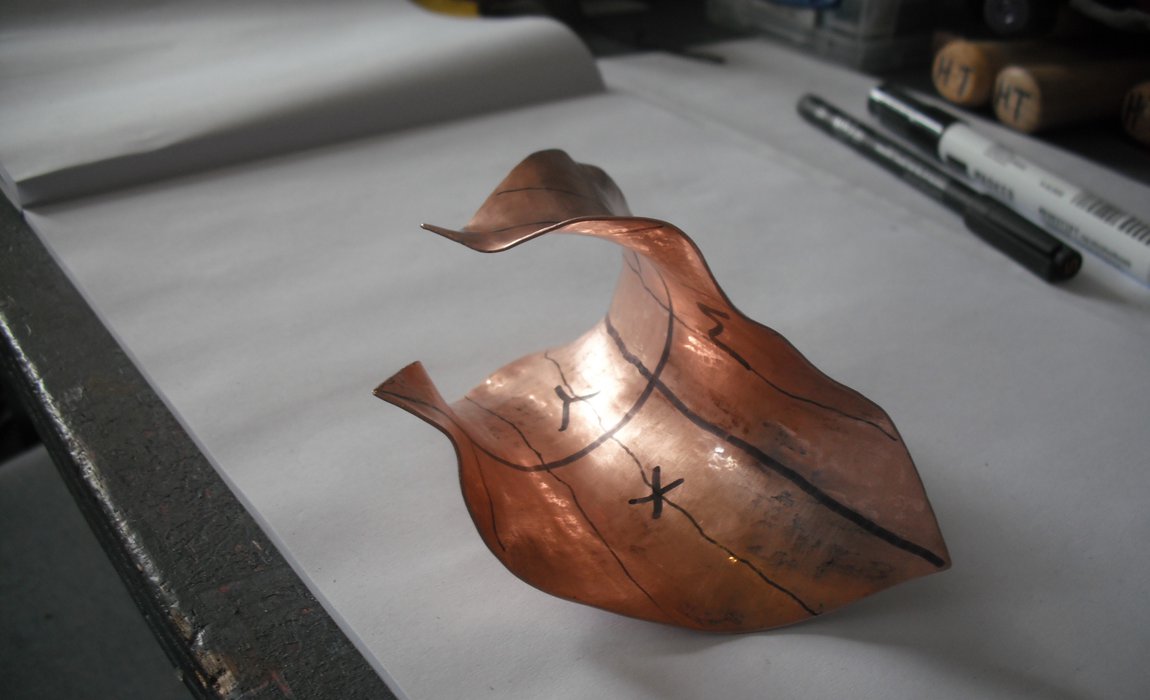 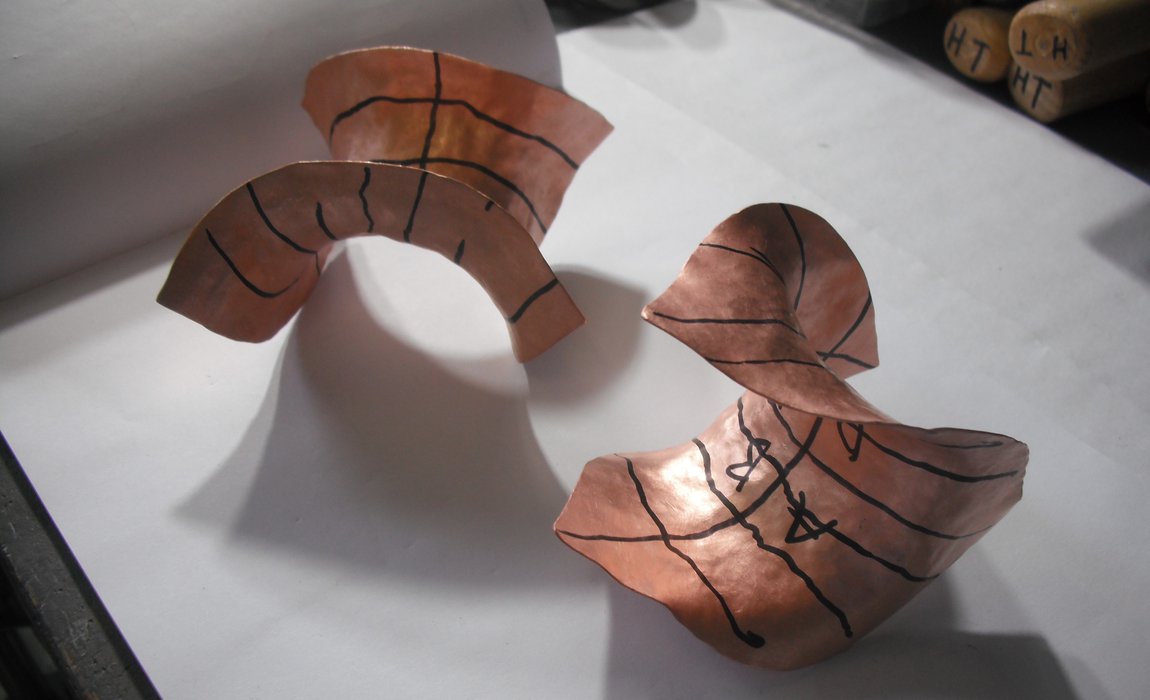 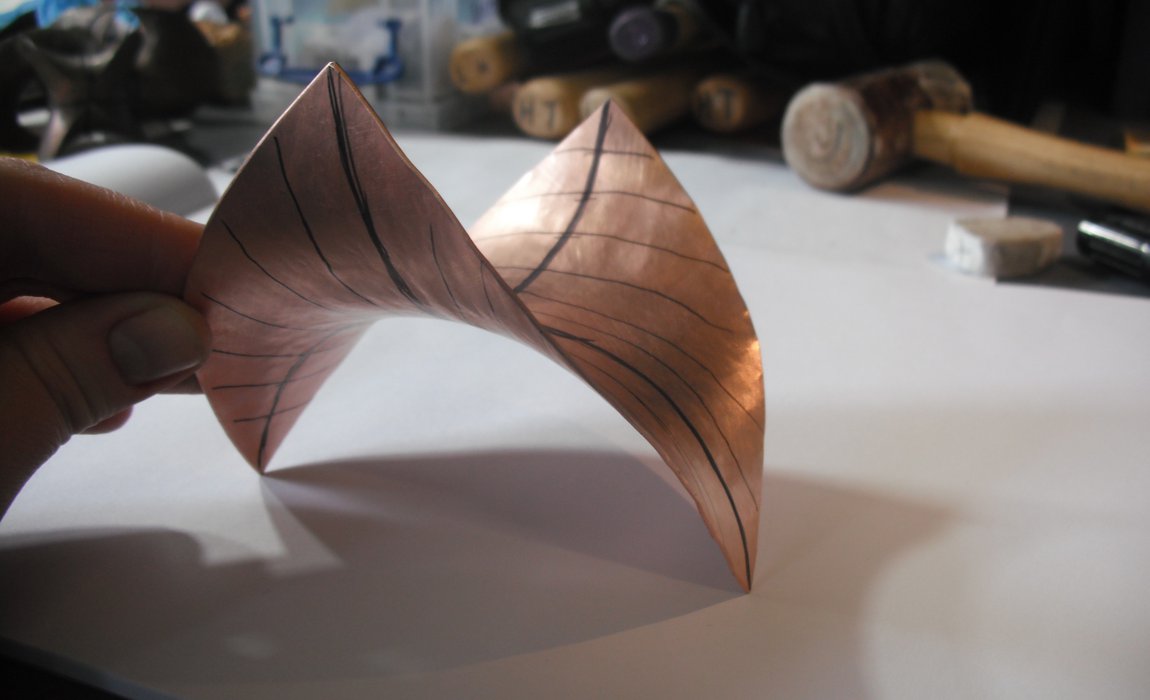 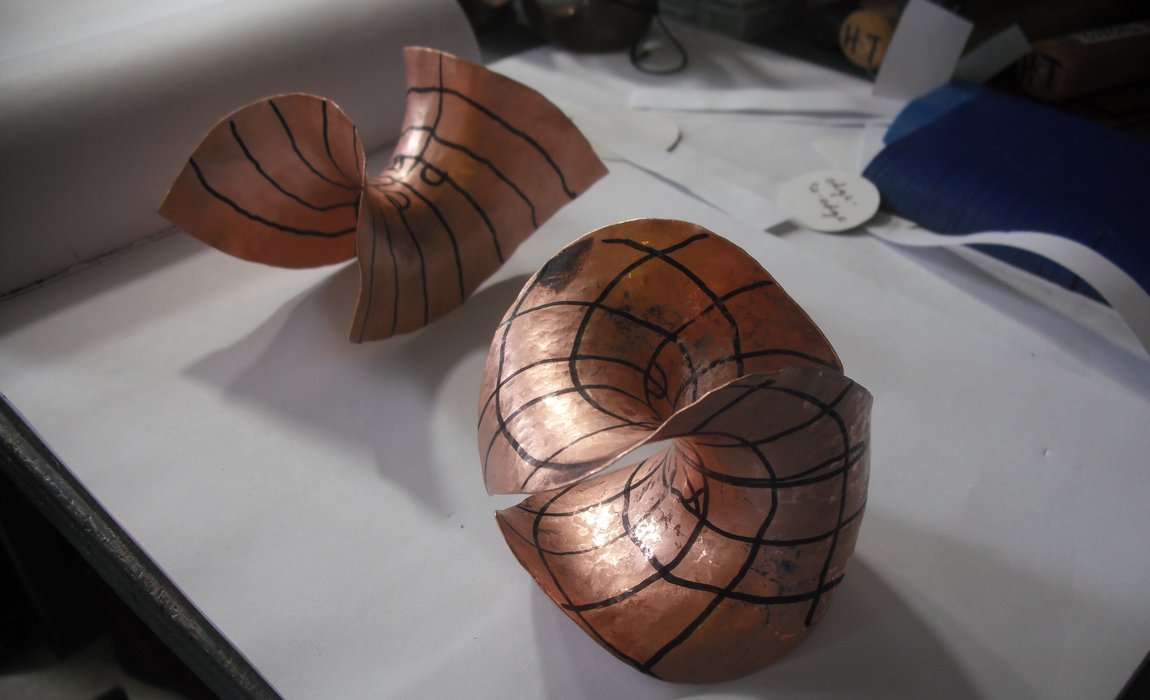 We will also do some tool-making, concentrating on stakes and mallets needed for some of the raising techniques we have been working on. Then in my final block with Rauni, I will be making some finished pieces - I am not entirely sure yet which of my plans to finalise, but currently I am thinking about doing some hot-forging and some seam-raising.

The very last block of SIGA placements will be with be with Mary Ann Simmons, where I will be studying scoring & folding. I greatly admire the combination of precision and exuberance in her work, and am looking forwards to learning about her approach to the techniques.

SIGA is a wonderful programme, and I am honoured to be taking part. The chance to spend such a significant amount of time dedicated to in-depth learning of techniques is fantastic. The effect of this on my work and my plans for future pieces is already very extensive. The opportunity given through the SIGA placements will benefit not only those directly involved, but it is also part of keeping the skills and the subject alive and thriving. Over the years and decades, the knowledge will be passed on again, to the next generations of make.

Interested in technical or business training? Find out more about our courses.