A former postgraduate turned resident at the Goldsmiths' Centre, Rupert Todd is a talented maker who applies an interest in physics and appreciation of nature to his work. This week, we chatted to him about the silver beaker he has designed for 'Made for the Table', our summer exhibition about silverware.

I've always enjoyed making things, and as a child decided that I'd like to become a blacksmith. When I was 15, my local night school had a silversmithing course, which was the closest thing I could find to blacksmithing — so that's where it all started.

How would you describe your design style?

When working on a commission, my style varies according to what the client wants. When doing my own personal work, I tend to opt for simplistic designs in terms of looks, with smooth flowing forms that are not overly elaborate. I have a science background and the natural world inspires me in both common and esoteric forms. For example, I might take inspiration from a particularly nice pebble that I find in a river, but I'm also inspired by the physical principles of nature, like reflection and balance, subatomic physics and even chemistry. You can get some interesting patterns and forms by incorporating these.

For example, silver is the most conductive element, so my beaker has a removable dome insert inside it that can be put in the freezer, and used to keep a drink cold. The idea is that you don't have to use ice and potentially dilute and change the flavor of your drink. 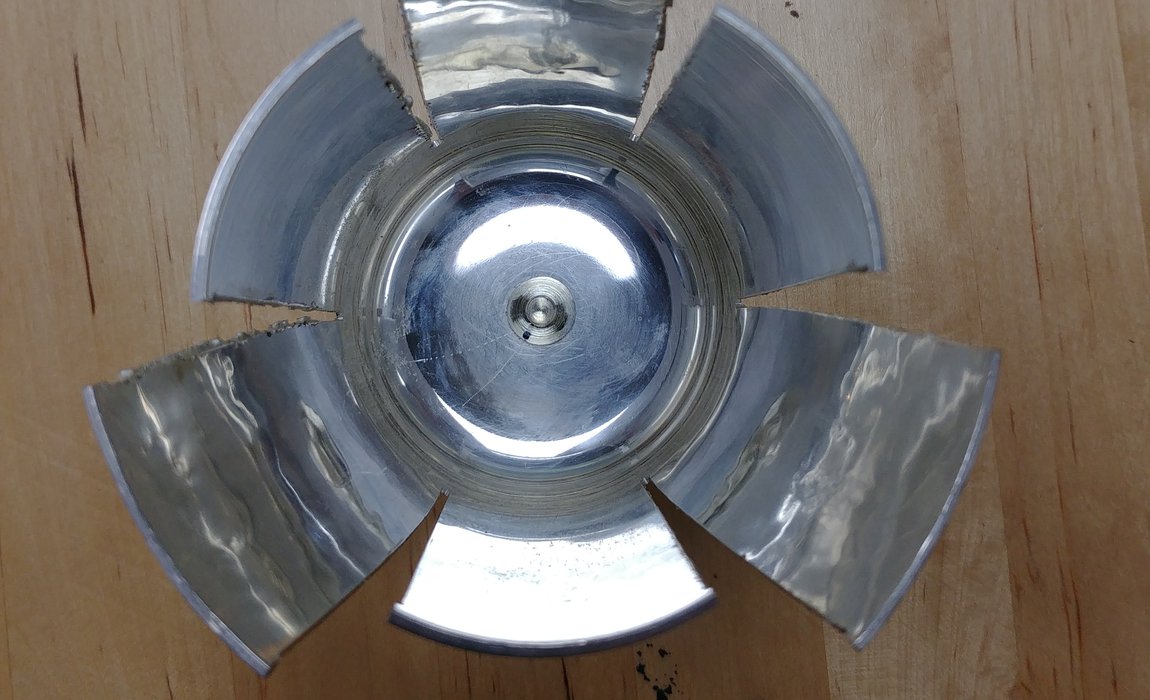 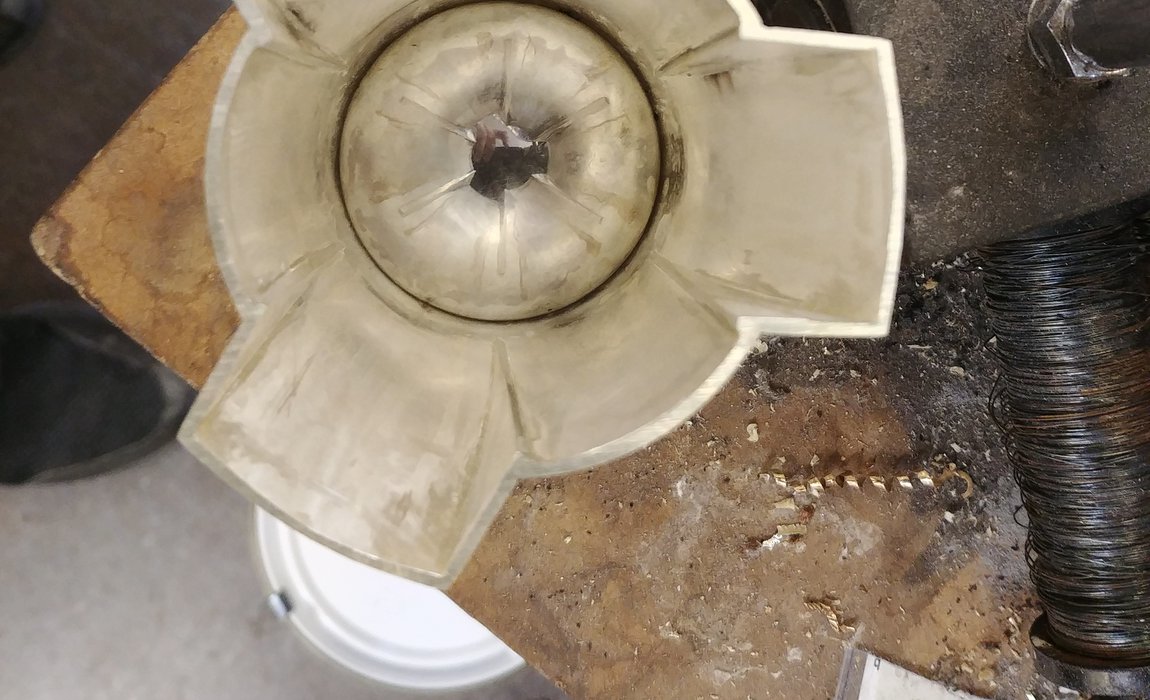 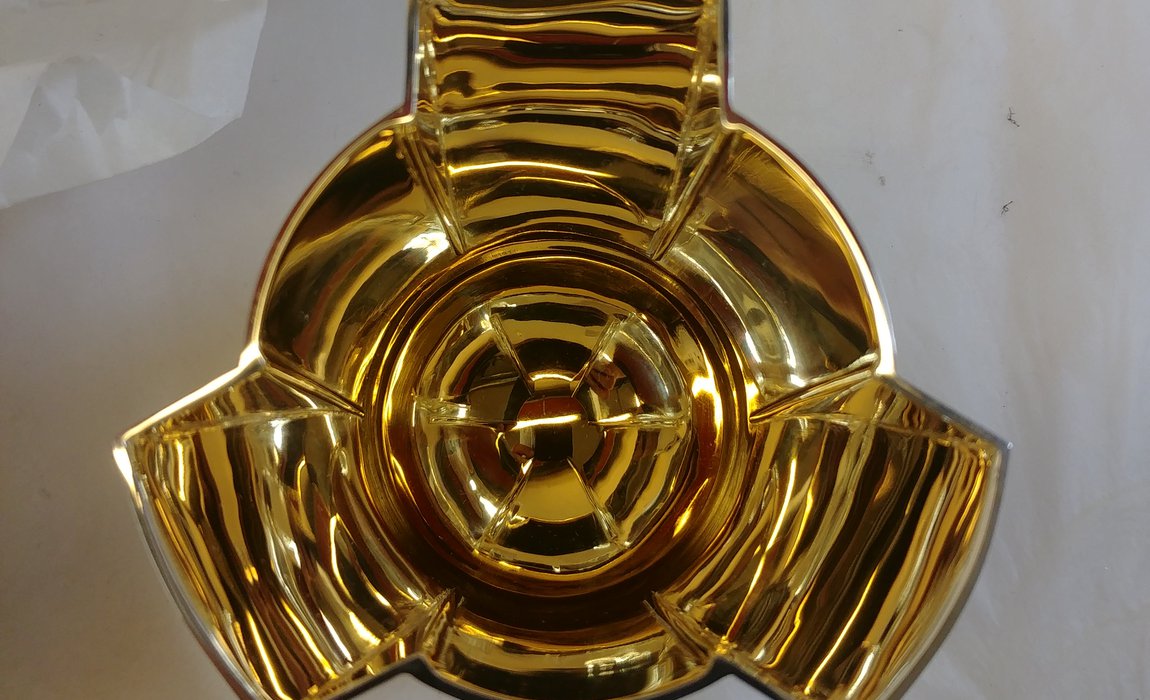 Do you agree that gin tastes better in silver?

The material used for a beaker can have a big impact on taste of the liquid it contains. For example, distilling gin in a copper drum as opposed to a steel drum changes its flavor because the sulphur compunds in the gin stick to the copper, rather than going into the drink. You would think that silver is relatively inert, but it all makes a difference. 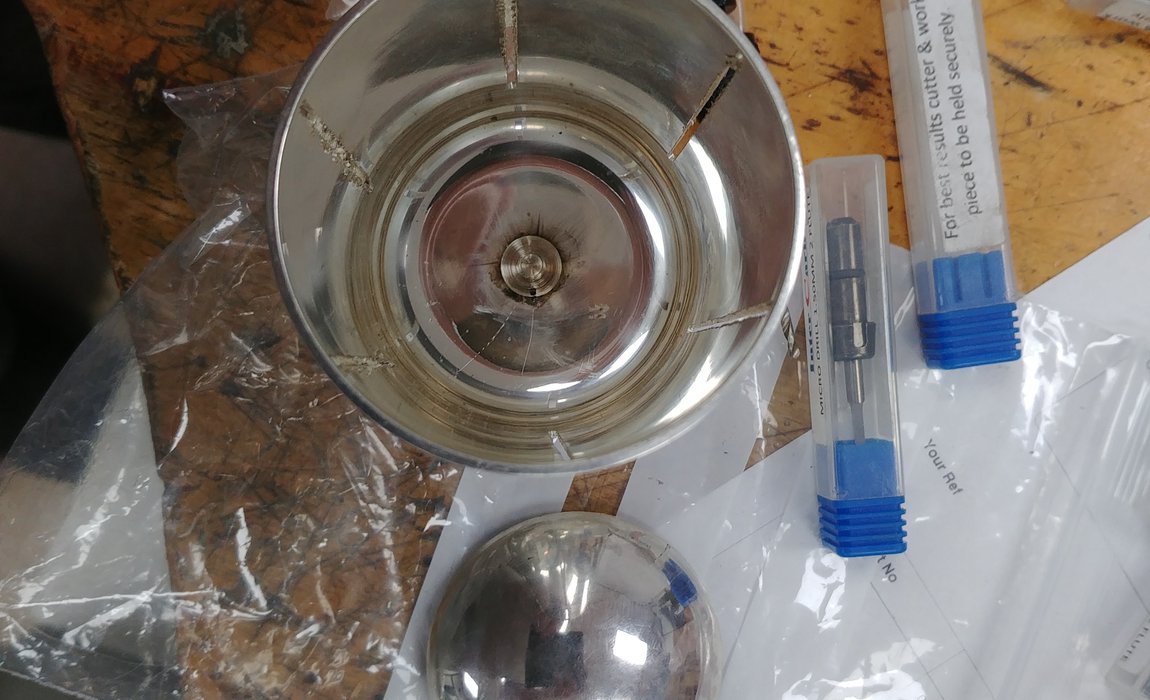 How have you represented the theme of Old and New in your beaker?

The beaker has two profiles; one is straight, and the other is more curved. Traditionally, beakers used for drinking alcohol were rounded, so the curved side represents the old. The straight side represents the more modern tendency towards straight edges, influenced in part by perhaps by modernism in the fifties. So I've put old and new next to each other and then experimented with reflections between the two. 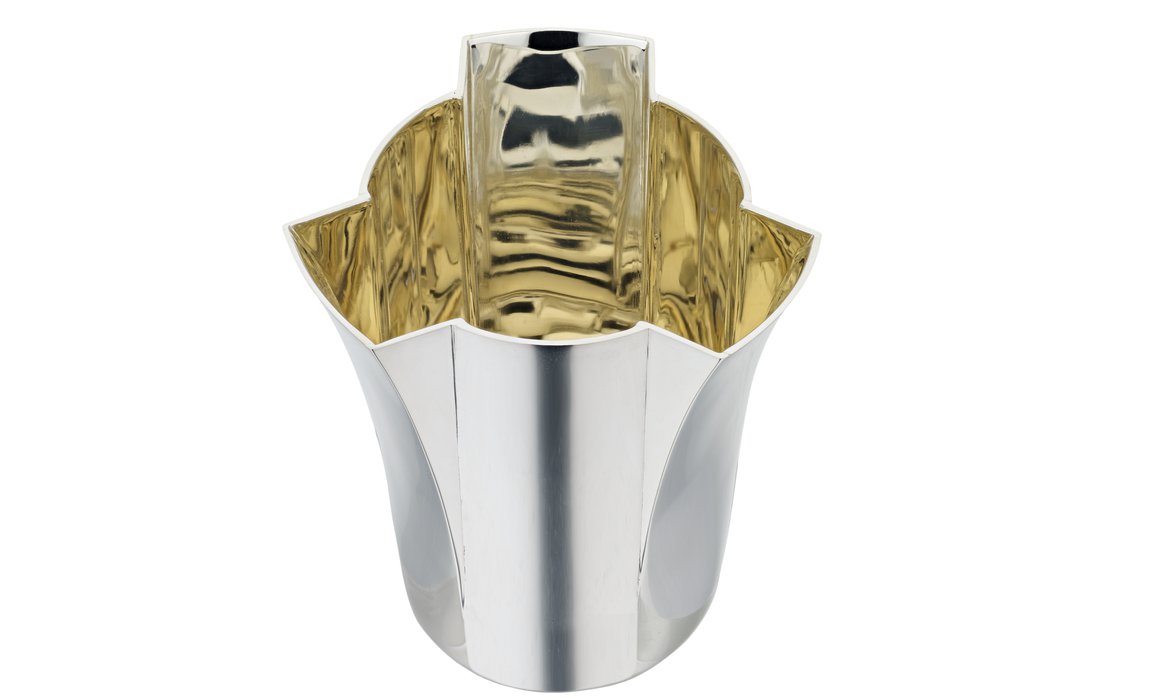 Are there any other makers who inspire you?

Of my generation, I can't fail to mention Ben Ryan, my business partner, and Zoe Watts, Martin Keane, Louise Walker and Adam Veevers. Of the generation before, Stuart Devlin, whose style is completely different from mine, but is still executed extremely well, and Jane Short, who is using enamel in a really interesting but subtle way, and Clive Burr.

What's your favorite thing about being a maker?

The abnormality of it. When you're sitting in a deck chair in a workshop in the middle of the countryside, working on something at 3AM with music blaring, well, that's an experience few people get to have. It might be difficult, but it's never boring — that's my favourite thing.

Find out how to purchase The Illusion Cup here.