This week we spoke with Rajesh Gogna, award-winning silversmith and creator of The Architect Series, whose work is currently on display in our exhibition, HammerClub 2019: Renewal.

Rajesh is a contemporary artist and silversmith with over 20 years’ experience, and numerous accolades both internationally and nationally. As the Senior Lecturer in Design Crafts at De Montford University, his work has a rich grounding in research and academia, with each piece an attempt to re-define luxury and adapt silversmithing for the modern world.

How have you have responded to this year’s exhibition theme of Renewal? What does this word mean to you and how is it reflected through your work?

Being an established silversmith over the last 20 years, I’ve found that there's been quite a few changes in the way people perceive silver. I wanted to use this opportunity and the theme of renewal to almost expand on those perceptions, and how people interpret the value of silver today. It was a chance to explore how we’ve redefined luxury.

That's why the pieces are powder-coated - it hides some of the preciousness of the metal, so that they become more than a utilitarian object; they become an art object, a sculptural form.

The collection is also about vessels that carry water, and the different things that they represent. The pot holes are for liquid, and the object with the stick, it relates to how some cultures carry water - on their head or across their body for example. So it's playing with objects that have existed in other cultures, but bringing them into the art context of the minute. And the reason they're called Architect is because they sit against a wall, or they sit above the bigger interior space rather than on a tabletop. 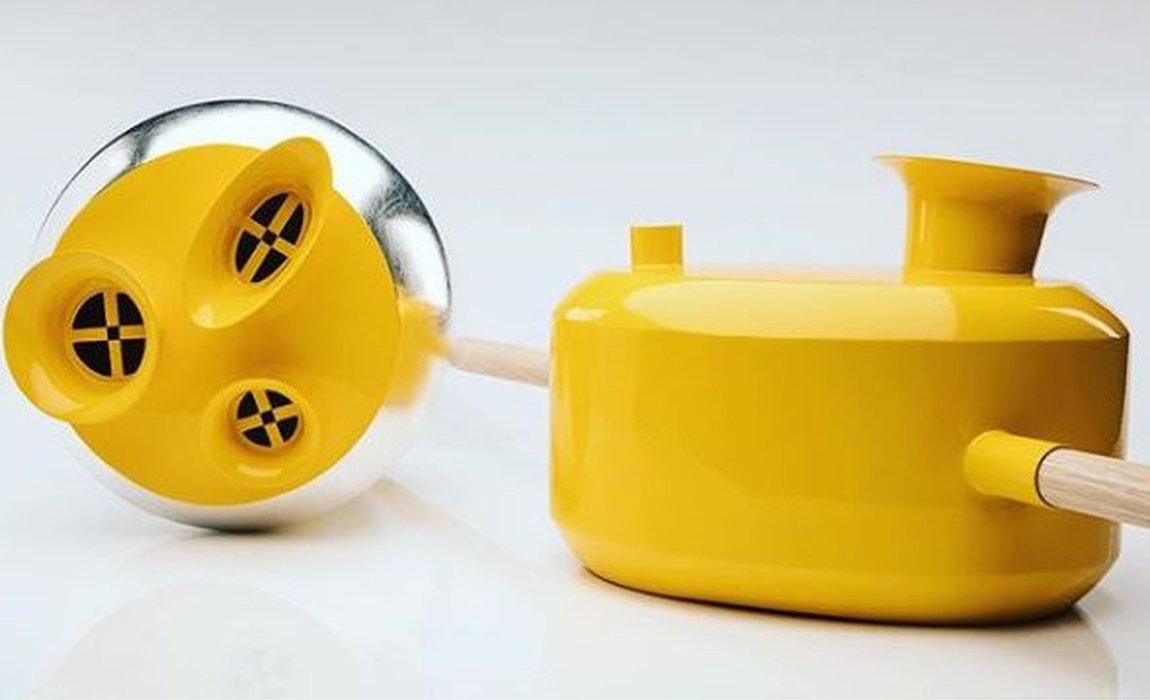 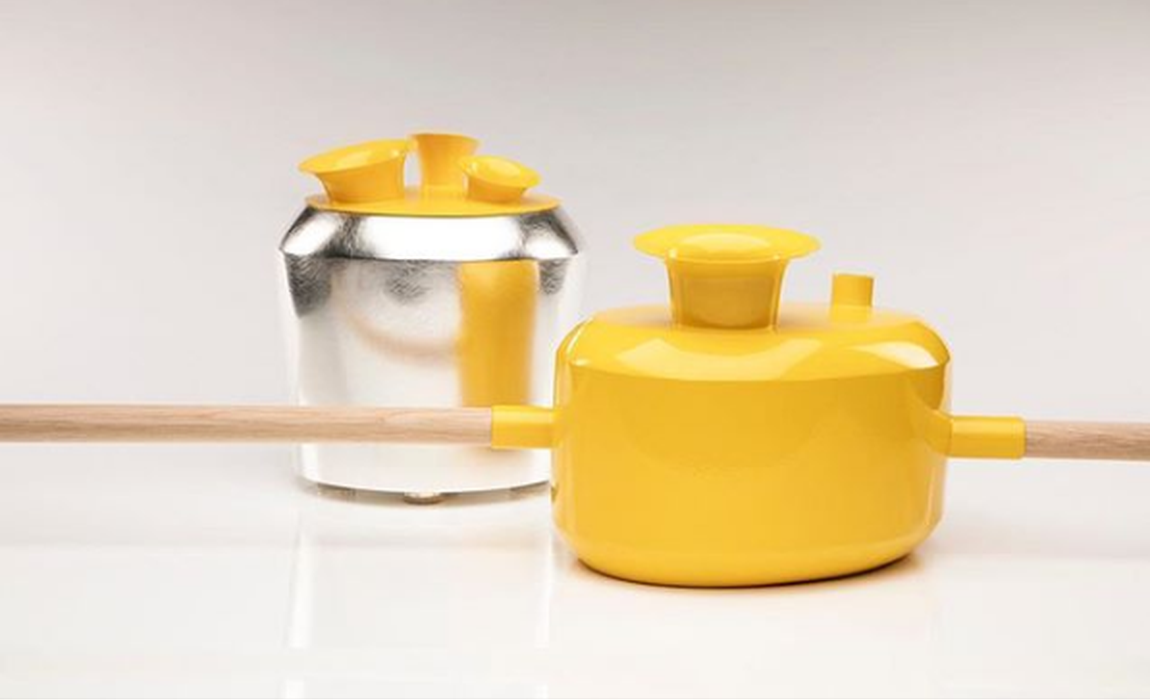 So would you consider yourself more of an artist or a tradesperson?

Yes, I’m less of a trade-based maker, with more of an artistic and design approach. I focus on pushing the boundaries of materials that have inherent lustrous properties in a subversive way.

I research what people perceive as luxury, and how we can re-introduce that into modern lifestyles. Because the markets keep changing - the old, traditional-style collector is less and less prevalent, and we increasingly have a younger audience. Therefore I wanted to offer a wider range of different ways to display or preserve silver, so I’m trying to play with the material. I’m making it more accessible, so that it can enter people’s lives in a more sustainable way, still as a precious commodity, made of inherently valuable material, but one that doesn’t need to be displayed or preserved in a certain way.

Why do you think exchange and collaboration between silversmiths is so important?

Well, I think the emphasis is important because different ideologies exist around different areas of our practice. From the starting point of an idea, through to its production - making something, liaising with the client, finishing the piece, delivering it - we all have different experiences. We’ve all crossed paths with different people, and faced different challenges. So I think that close collaboration and sharing of those experiences is really important.

The meeting itself is an opportunity to share information that is otherwise almost untouchable. The nuances of sitting around, discussing various aspects of what you do - that has a very different impact. A face-to-face environment like that cultivates further discussion more than any forum or online platform, because it's where things organically flow. You buy into the personality, the person, the other qualities that makers have; it's not just about the work but how you connect with people. And one thing leads to the next and suddenly, you might be going over to the Netherlands to do a project over there, so it’s networking as much as trying to learn - you're trying to create opportunities with each other. 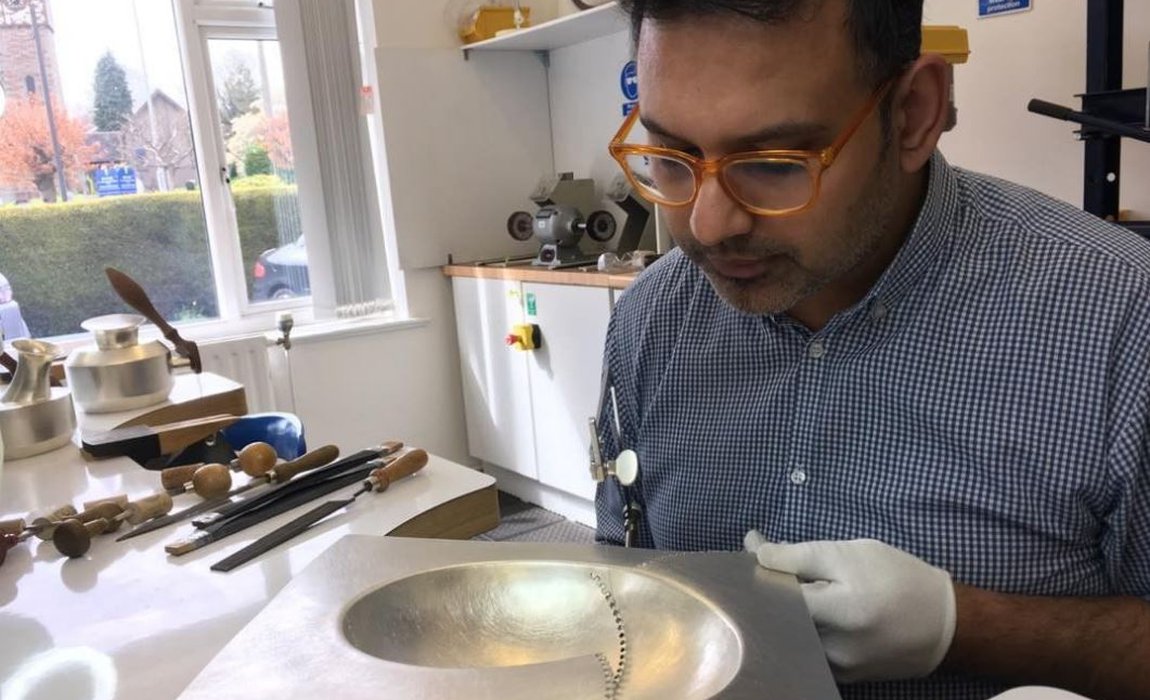 Are you often inspired by the work of other silversmiths/makers?

I've been inspired by a range of things, and not only the work of other makers within my area. I tend to look at design in a broader context rather than just within my immediate professional circle; I’m inspired by architecture, language, culture - the full creative umbrella. Then I refine my ideas to fit in within my niche.

In your view, does European silversmithing differ to that of the UK?

We have a long heritage and culture around being leaders in design and manufacturing. But I think in a broad sense, the European aesthetic is sometimes more varied; they’re perhaps more experimental, and I see myself as an experimental maker.

I like to challenge ideas that are current around a particular topic; like sustainability and luxury. I make work and I sell work, but I also teach, and these are topics that I approach in my research, as an academic. It relates to your question about being either an artist, or a tradesperson - I think in some countries, that’s a slightly grayer area, the boundaries are more blurred.

You were one of the speakers at this year's HammerClub meeting in Dundee. Can you tell us a bit about the subject of your talk, and how it relates to the Architect Series?

My talk was based on my research on redefining luxury - it was titled ‘Social and Cultural Innovation Through Craft To Regenerate the Silversmithing Industry’.

I suppose I’m trying to seduce people who are buying art to consider buying silversmithing objects. The pieces in my Architect Series are made of precious metal, but don’t overtly look like they are. So, they have a robust skin of powder coating to protect against tarnishing, which erases all those little nuances that people worry about when buying precious metal - like it’s going to tarnish, I’ve got to clean it, I can’t touch it. The outer-skin is quite colourful, vibrant and energetic, whereas the under-skin is the value of the object. People looking at the piece might not realise the inherent value, but the person who’s bought it knows it’s a precious object. That takes it beyond being just being a ceramic vessel. 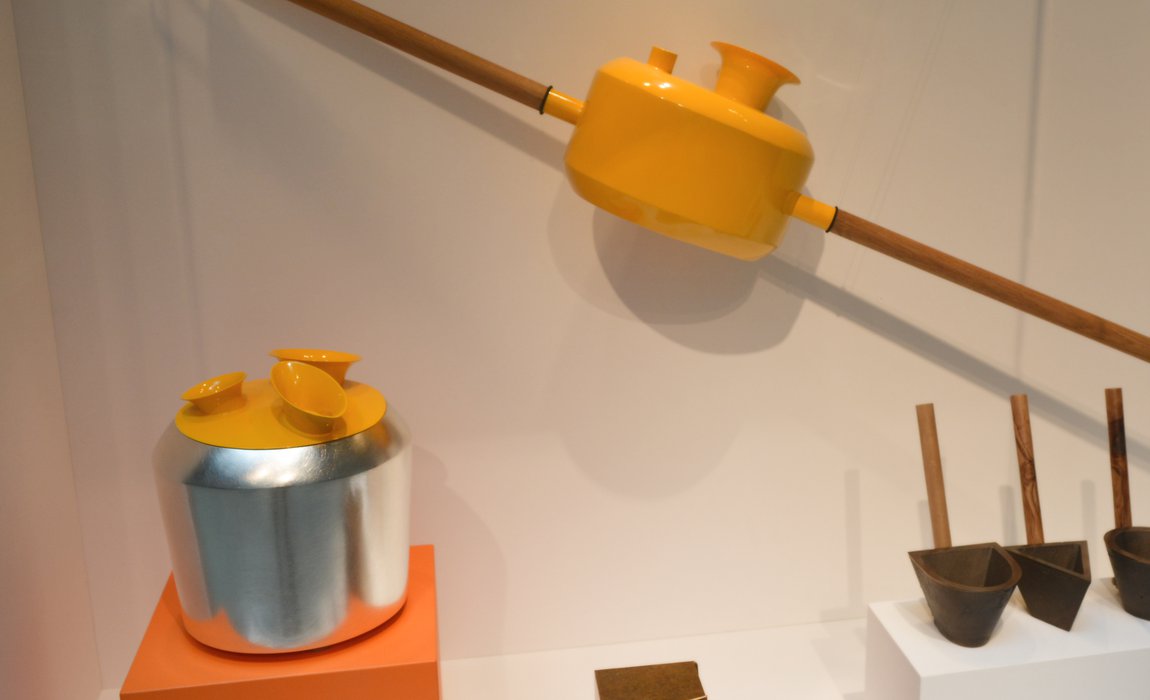 It’s deceiving in a way. Some people choose to buy silver because of its ostentatious qualities, because it shows their wealth; and I think actually, some people don’t want to buy silver for that very same reason, because they don't want to flaunt their affluence. So it's more of a quiet object in their collection.

I'm exploring those new ways of thinking, and it's been a thought process over five or six years, maybe more. And the response has been quite interesting, because people ask why - why would you do that? And I'll say, well, why not?

This is the first body of work that I'm actually exposing, but it's a little stepping stone towards a bigger collection later. Other work that I've done in the past have been much more obviously collectable pieces, for museums or on commission. But this particular body of work sits in a more ambiguous place, which is fine for me, because I'm testing a new market.