This week’s blog looks at how technological and digital developments, such as the use of Computer Aided Design (CAD), laser welding and cutting, are reflected through the pieces on display in A Sense of Jewellery. The exhibition showcases works from the past forty years, but it is in the last two decades that we have seen the introduction of new technologies. So have these new technologies shifted the practice of jewellery making?

As I started to reflect on the topic, I was reminded of the first time that I considered the relationship between craft and the digital. It was during a talk by Max Fraser, at Contemporary Applied Arts in 2009, in which he referred to what he considered to be a new tribe of makers - the ‘digitialists’. Fraser’s interest in how makers were using digital technologies, led him to curate the touring exhibition for the Crafts Council, Lab Craft, which I helped to realise (www.labcraft.org.uk). At the time Lab Craft was being developed, questions abounded as to whether a work could be considered craft if digital techniques were used. In introduction to the Lab Craft exhibition guide Fraser questioned if “the human touch is considered a pivotal anchor in the definition of craft, is this made redundant amid the adoption of digital tools?”.

Thinking and perceptions of the relationship between craft and digital tools have shifted markedly over the last five years. This is reflected in curator Dorothy Hogg’s reference to the potential of technology in the introduction to the catalogue accompanying A Sense of Jewellery: “New technological processes enable fresh forms to be realised and familiar perceptions to be questioned. The history of jewellery is shown to be constantly under investigation and played with in innovative ways”. 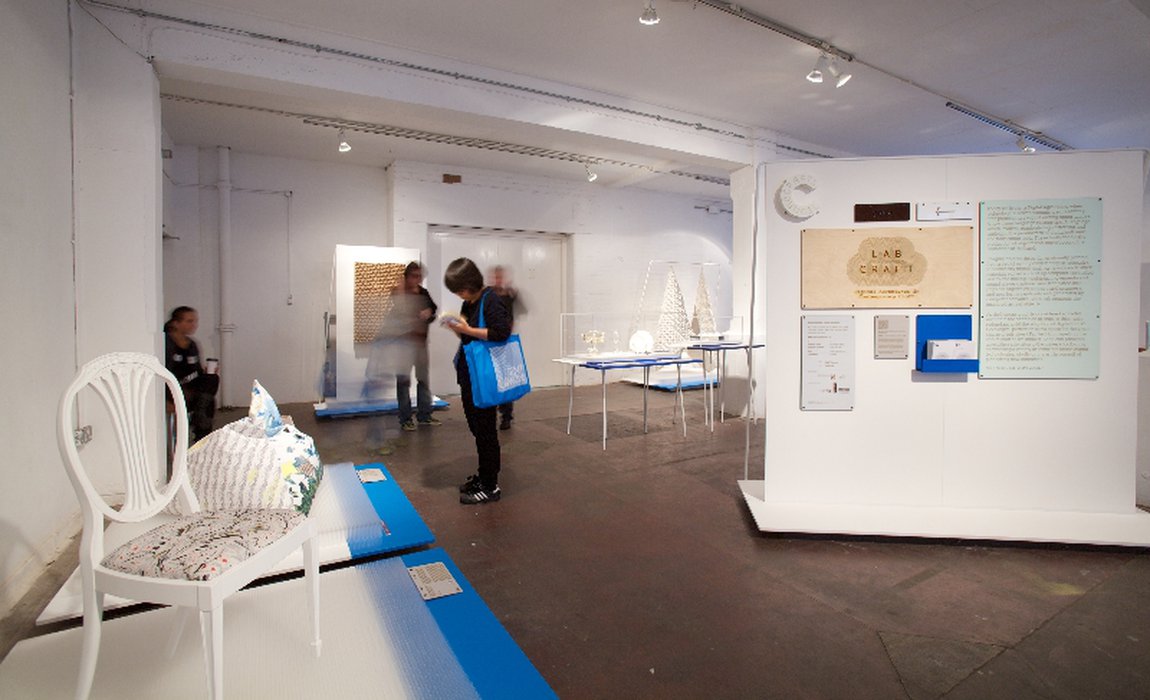 There is no longer a feeling that the use of new technologies removes or reduces the skill involved in making. This is perhaps because we have started to look more closely at how makers are using digital tools; in particular the imagination and expertise required to manipulate them to their own ends. Jo Hayes Ward’s work was selected for inclusion in Lab Craft, as well being exhibited in A Sense of Jewellery, reflecting her role as an early proponent of the part CAD design and rapid-prototyping can play in making. In 2010, Fraser described how “The complexity of her work and the need for perfect accuracy, particularly with interlocking parts, has led Hayes Ward to pursue new technologies. Creating her designs in a virtual environment, she employs rapid prototype technology alongside traditional jewellery techniques”. His text draws attention to a further characteristic that is increasingly acknowledged in debates concerning craft and technology. Digital tools are rarely used in isolation and, they are often employed as part of a series of processes that also require hand skills.

David Poston’s M601 Two-part bracelet (2002), comprising two conjoined arcs of gold, was made using traditional techniques, alongside a laser welder. In the A Sense of Jewellery catalogue, Poston describes that “the bracelet was originally commissioned by Rofin-Bassel Ltd as a work swap for (part of) an ex-demo laser-welding machine which I continue to use to this day on almost every piece that I make. They required a piece to demonstrate that one could make things on a laser welder that would not otherwise be possible”. In this instance, and many others, it is pertinent that it is the creativity and skill of makers that can push digital tools forward, demonstrating further potential applications.

Maker Andrew Lamb, like Poston, employs a laser-welder, alongside traditional tools. In his case, he uses it to help manipulate and fix wire on a microscopic scale. This approach, in the words of the exhibition curators, enables the creation of “jewellery with mesmerising optical effects that shift and change as pieces move with the wearer”. His ring Lenticular changing colour ring (2015), commissioned for A Sense of Jewellery, is extraordinarily intricate. In the exhibition the presentation of this work employs technology of another type; following a collaborative project with Stef Lewandowski, of Makeshift, visitors are invited to put on Oculus Rift glasses, which enable a very close examination of Lenticular changing colour ring (2015). The view through the glasses is manipulated by a sensor, controlled by the wearer’s hand. This approach to displaying the work acknowledges and looks to overcome the potential frustration of a visitor, who would like to look more closely.

So to return to the question - have new techniques shifted the practice of jewellery making? - it is impossible to answer anything other than yes. Technological development is continually expanding the range of approaches at a maker’s disposal and if they can master them in ways that could not previously have been imagined. 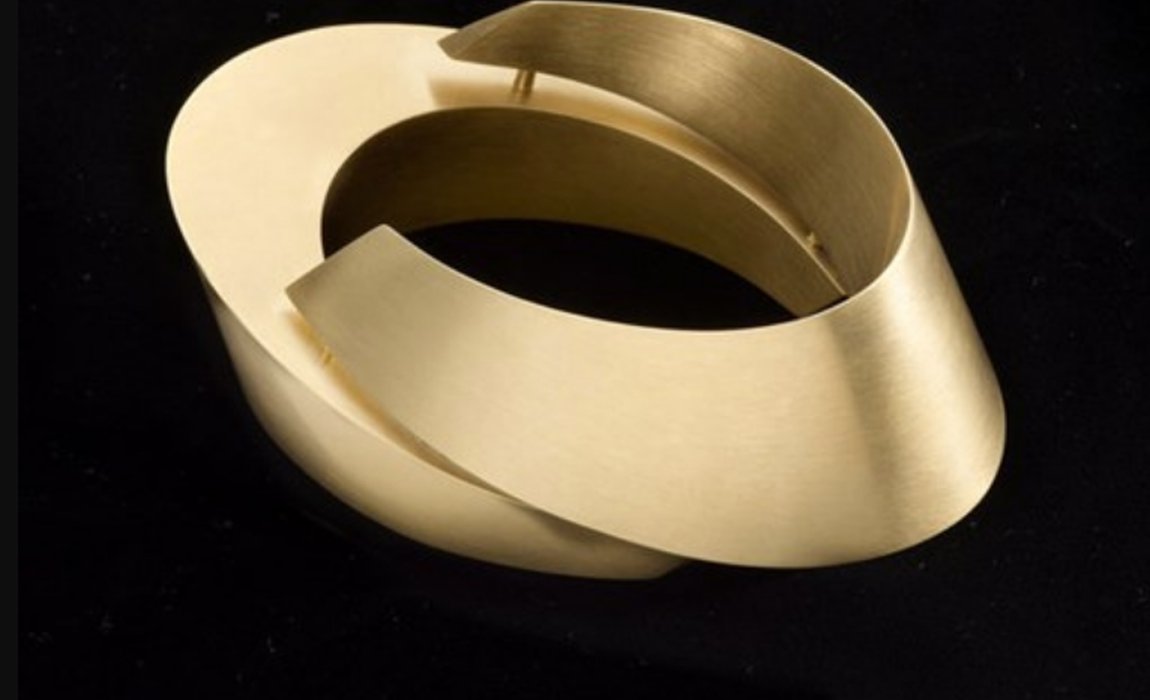 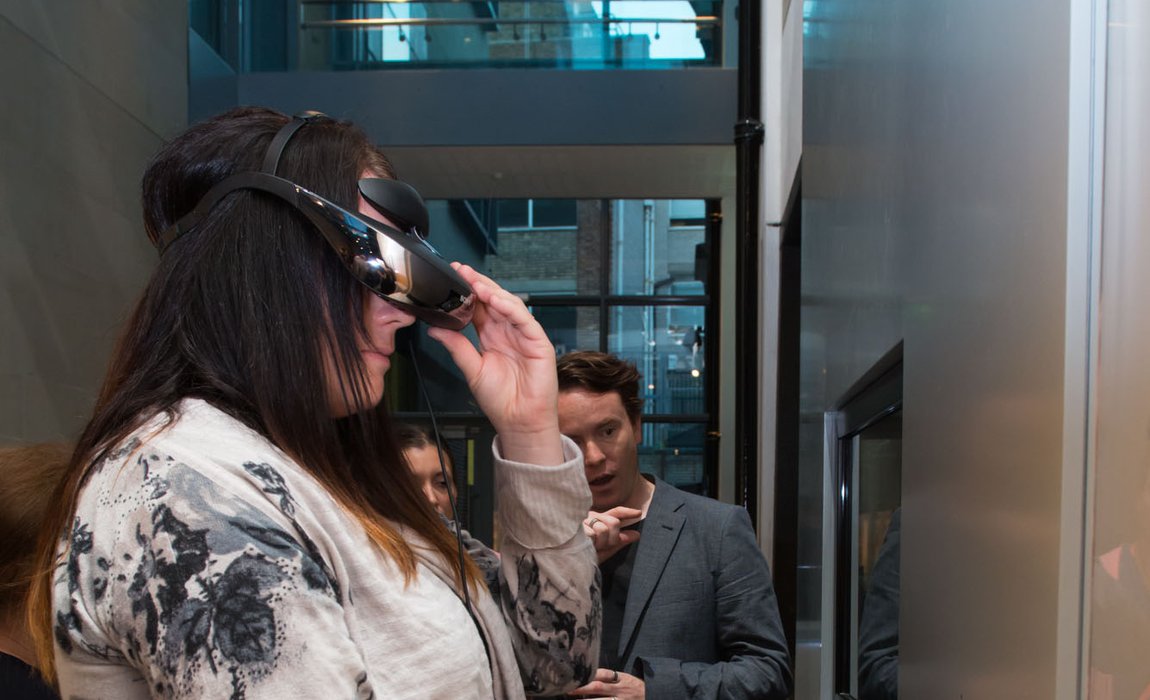